Meet the visionaries behind ASQ.

Dr. Bricker is the former director of the Early Intervention Program at the University of Oregon and a key developer of the ASQ® system. She has focused her professional career on the development and study of assessment systems and intervention approaches for young children with disabilities and those at risk for developing disabilities.

Dr. Bricker has been instrumental in the development of graduate-level personnel preparation programs that have produced professionals who are delivering quality services to thousands of young children and their families. She has published extensively in the field of early intervention. 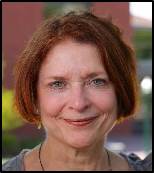 Dr. Squires has served as principal investigator on research studies at the University of Oregon on developmental screening systems, personnel training, and social emotional development of at-risk infants/toddlers. She is a professor in special education, focusing on early intervention and early childhood special education. She directs the Early Intervention Program and is director of the University of Oregon Center for Excellence in Developmental Disabilities.

Dr. Clifford is a faculty member at the University of Oregon Early Intervention Program, where she teaches graduate courses in early intervention and early childhood special education. In addition to teaching at the university level, Dr. Clifford provides training internationally on the ASQ®-3, ASQ®:SE-2, and SEAM™. Her professional interests include personnel preparation and the development and evaluation of early childhood assessment measures. Prior to the pursuit of her doctoral degree, Dr. Clifford served as an early childhood educator for 8 years. 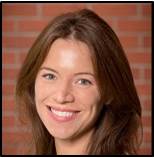 Ms. Dolata is a Ph.D. candidate in Special Education & Clinical Sciences at the University of Oregon (EI/ESCE Leadership Program). Her primary clinical and research interests include the foundations of social language development and early identification of developmental delays. She participates in multi-disciplinary developmental assessments and investigates early development for children born prematurely and children who may have autism spectrum disorders. 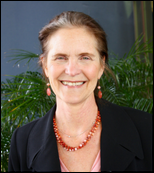 Ms. Farrell was the original ASQ® outreach project coordinator for the University of Oregon’s Early Intervention Program, providing training and consultation on the systematic use of ASQ in 25 states. She also served as an early intervention specialist in Wiesbaden, Germany, where she provided training on the use of ASQ for military communities living overseas.

Ms. Farrell offers direct services to young children, birth to 5 years of age, who are experiencing developmental delays or disabilities. Her roles include evaluator, home visitor, parent/toddler group teacher, and Individualized Family Service Plan coordinator. She continues to provide training on a variety of related topics including ASQ. 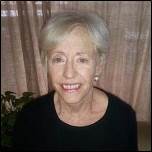 Ms. Fink has worked in the field of early childhood education for more than 40 years, in a variety of capacities. She began her career as a classroom teacher in the Head Start programs of Alabama, and later was a program administrator for Head Start in Honolulu, Hawai’i.

She provided leadership for military early childhood and family support programs for the armed services, supporting the development of high quality early childhood programs for military families. She has worked as curriculum developer toward the development of a statewide series of community-based parent–child learning programs in Honolulu. She was a disabilities specialist for the Region X training and technical assistance network, Portland State University. In addition she served as the training coordinator for ASQ® at the University of Oregon. She has taught child development and early childhood education classes at Hawai’i Loa College, Honolulu Community College, and Clackamas Community College in Oregon. Currently she is a private consultant in the area of parent-child interactive learning programs, and provides training and technical assistance to early childhood programs in Oregon. 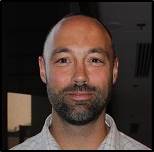 Mr. Hoselton received a B.S. degree in computer science from the University of Oregon in 2004. He has been involved in several research studies on the ASQ® and the Social-Emotional Assessment/Evaluation Measure (SEAM™). Mr. Hoselton also develops and operates the Oregon Online Screening Project’s research website. He is mainly responsible for web application development, database management, and data analysis.

Dr. Kim teaches in the Early Childhood Development, Elementary Education, and Master of Arts in Teaching Programs at Southern Oregon University. After graduating from Sogang University in Seoul, Korea, in 1985, she received her master’s degree in 1992 and her doctorate in 1996 from the University of Oregon in the area of early intervention/early childhood special education. Her special research interests include alternative assessment for young children with special needs, family collaboration in early intervention, young children with emotional and social challenges, whole child development, holistic education, as well as multicultural education for individuals with diverse backgrounds. 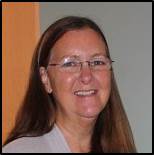 Ms. Murphy has coordinated several research studies involving both the ASQ® and ASQ®:SE, including data recruitment, collection, and analyses for the renorming studies of ASQ®:SE-2 and ASQ®-3. She also contributes to related ASQ materials and serves as web content editor/coordinator for the research site designed for national ASQ and ASQ:SE data collection. She currently serves as project coordinator for the Oregon Online Screening Project, developing and operating its research website. Ms. Murphy also works as part of a team providing statewide trainings to implement universal early childhood screening in Oregon using ASQ-3 and ASQ:SE. 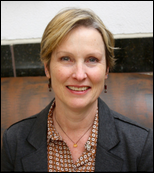 Ms. Potter is an administrator for EC CARES, an early intervention/early childhood special education program in Oregon. She received her master’s degree in child development and family studies from Purdue University. Ms. Potter has been involved with several research studies on ASQ®, including questionnaire revisions, data analysis, and documentation. She has also provided outreach training on ASQ across the United States.

Dr. Davis earned her doctorate from the University of Oregon, where she investigated the concurrent validity of the ASQ®:SE. She is currently a professor in the Education Department at Warren Wilson College. She teaches Early Childhood Education courses and supervises Warren Wilson students in training at Verner Center for Early Learning. 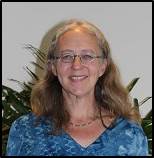 For more than 20 years, Ms. Twombly has been involved in ASQ® research projects, including renorming for the ASQ®:SE-2 and the ASQ®-3. She has conducted trainings on ASQ and ASQ®:SE nationally and internationally, and has provided technical assistance to states on the development of early identification and referral systems for young children.
She has special interests in helping underserved populations, including families with young children living in transition, and in the development of systems of care for substance-exposed newborns. Currently, she is working on a team to develop a universal system of screening and referral for families with young children in the state of Oregon.

Dr. Yockelson is an Associate Professor at Brandman University in California (a Chapman University affiliate). She earned her doctorate from the University of Oregon in 1999 and remained on faculty in the College of Education until her move to California in 2007. Immediately following her move Dr. Yockelson was the EPIC coordinator at Help Me Grow in Orange County, CA where she worked within the county’s system of health care and early childhood systems to promote developmental screening.

Currently Dr. Yockelson develops curriculum and teaches in the Early Childhood Special Education, Early Childhood Education, and Special Education programs at Brandman University. She also consults on the importance of all area of early identification and referral into Early Intervention and Early Childhood special education systems. Her professional interests include early identification and referral of young children with special needs, social and emotional development of young children, inclusion in early childhood systems, and personnel preparation. She consults nationally and internationally on developmental screening of young children using ASQ and ASQ:SE.